There have been many new releases by some pretty well known artists this year: Gorillaz, Arcade Fire, Sufjan Stevens, and more. But what about the new crop of artists that came out and blew us away this year? Well, here are some of my favorites that came onto the scene this year.

With a heavenly voice, Active Child frontman Pat Grossi creates airy, electronic tracks that seem to lift above most of the other electronic solo projects that have come about this year and last year. 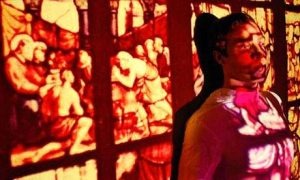 Congratulations, Beach Fossils! You are the only band on this list to fall into my “lo-fi rock” category! You beat out all the other lo-fi acts that clogged the internet tubes (bonus for anyone who picked up on that reference) with your lively approach and great output, it’s great! All hail, the winning lo-fi band! 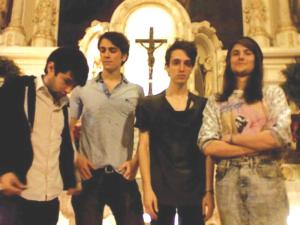 Braids sounds like a comination of pretty much all of my favorite bands of last year: part Animal Collective, part Dirty Projectors, part creative and fun music in general! Their music is pretty warm sounding, like a bubbling hottub, in a way. Very nice indeed.

I heard about Candy Claws when I heard that one of their cars caught fire with most of their merchandise and equipment in it. I decided to check them out more and was pleasantly surprised at the chill, ambient melodies being created by the Fort Collins band. Colorado is a pretty sweet state. Haha.

A very recent addition to my own library, Computer Magic is a solo project creating very whimsical yet incredibly creative sounding throwback electronic music. Computer Magic, AKA “Danielle” has an great voice to be paired with the assault of fun blips of the keyboard. I think that she will be huge soon, so look out! 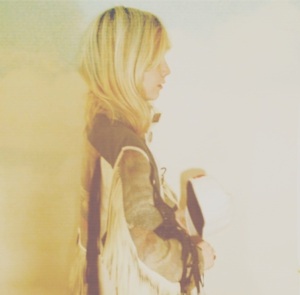 If you have been following Combo Breaker Kid since it’s existence you know that one of the first bands I featured was the two-person act Cults. What won me over was probably the Jim Jones sample, then the rest was just icing on the cake. Their music is just like a dream would sound for a pop priestess.

One of my favorite releases of this year, Fang Island creates music that can make the most down in the dumps schmuck you know jump out of his corporate socks and jump around. Fang Island describes their sound as “everyone hi-fiving everyone,” which is probably the best description out there. It’s just pure, unfiltered awesome. 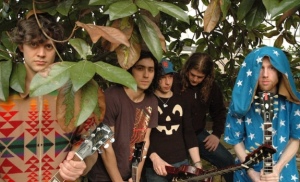 Not gonna lie, when I first heard Givers’ song “Up Up Up,” I didn’t know what to do with myself. I had not heard something that creative that has come out recently in such a long time! Their extremely electric sound really attracted me from the get-go and I am really looking forward to some more material from them. Feels good, man.

True Panther Records is the winner of the year for booking so many fantastic acts to their label. Glasser, being one of them, fits the statement 100%. Her song “Home” mixes earthy sounds with the marimba and then icy electronic sounds with synths later which creates a whirlwind of clashing sounds but they all work together in the end. It also helps that her voice is amazing, but you know.

Have you ever wondered what it would sound like if you put what you thought pop music sounded like and put it into a blender? Well, that’s what Gobble Gobble sounds like. The electronic beats are sharp and choppy that help the band dig a niche into the music world for a signature sound. With a mix of nintendo bleeps, electronic waves and crashes, plus the singers voice, the sound comes out to be glorious insanity diluted into your ears.

I love me some good downtempo electronic music and How To Dress Well creates just that. My favorite album in this genre is definitely Burial’s “Untrue,” and this music that HTDW creates does a great job bringing me back to that state of first listening to Burial.

How To Dress Well

At first, I did not like Julian Lynch. I haven’t heard really anything like it and I shunned it in a way! But after listening to it more somehow it grew on me like a bad habit. Only this bad habit is actually good and massively creative music. Nice job Julian, ya got me.

You all should know Local Natives by now; one of the biggest indie bands of the year even before their debut release “Gorilla Manor.” Their fantastic vocal harmonies and creative percussion work make this band shine above others that are reminiscent of their sound. They’re pretty good live too!

This dude must be pretty darn sad most of the time. If not, he sure has mastered the art of making sad sounding music with his trusty piano. His unique voice and resonating piano sound makes him stand out among the piles of new bands this year.

I heard about Prince Rama after looking at tour dates for Animal Collective’s Panda Bear, Avey Tare and Deakin and saw that they were one of Avey Tare and Deakin’s tour mates. Anyone touring with Animal Collective bandmates had to be good and I was right. Prince Rama combine haunting electronic beats with actual Indian chants. The end result is a crazy mash up of new and old sounds that sounds amazing. 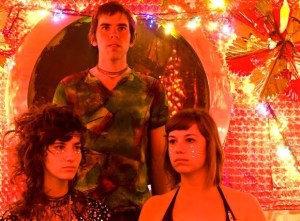 Another dream sounding group, Tamaryn’s music flows through your ears like melted butter on pancakes. The girl’s voice is like a warp from the 80’s and 90’s shoegaze movement like My Bloody Valentine. Their sound is just really smooth and relaxing, but at the same time kind of edgy in a way.

Going back to my original music phase of psychedelic rock music, Tame Impala crafts some of the most skillful representations on psychedelic rock while giving it a definite modern spin, formulating their own unique sound. The Australian band is definitely one of my TOP favorites of the year, you should definitely check them out.

Another electronic duo, only this one is much different sounding than the other hundreds that are out there at the moment. Another True Panther band, this group creates music that sounds like it was caught in a tropical breeze and picked up a few palm trees, sea water, and the occasional tourist. I’m a huge fan of music that I can visualize and this gets it 100%.

After seeing that they were on the Lollapalooza lineup, I knew they had something to offer that others didn’t! And they did! The mostly female group Warpaint makes slow-building tracks that are reminiscent of Beach House in a way, only more rock influenced. The female harmonies are rare things these days, so it’s a treat hearing those as well.

Alas, we have come to the last of the new greats. Thankfully, the last one is one of my TOP favorites on the list; Wild Nothing AKA Jack Tatum. Tatum’s song making method is simple: “I like to make music that I would want to listen to.” Easy, right? Correct! This stuff is like sitting on clouds while a pop angel is serenading you. Haha, okay a little much but still! This is good stuff! 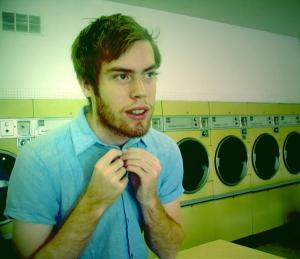 Then finally, we are complete.  You might be wondering why some fantastic bands such as Best Coast or Sleigh Bells didn’t make the list. Well, I heard of and listened to both of those bands prior to this year, other than all the others.

At the end of the year I will put these in preferential order and determine Combo Breaker Kid’s Top New Bands of 2010! This was sort of like a meet & greet for all of the contestants to familiarize not only the reader but for me as well. (I don’t know)

If you have any comments, say ’em suckah! Have a good day, too!

PS, I realize the picture-caption is off, but look at the pictures anyways, dude!