Holy smokes, we’re out of the cruel summer. Not only are we out, but we’re doing it in a big way. September was the finest month of music this year since May, providing a staggering surplus of excellent releases to keep me fat & happy and to make up for the great drought of June – August. A lot of these records don’t need my words to sell them for you, like Angel Olsen, Danny Brown & LVL UP. But you should read my words anyways. Or don’t. But you should definitely listen to the music, because that’s the most important part. The takeaway. The meat and potatoes. The garlic on the bread. The real heebie-jeebies. The point of all of this nonsense. Ok enough of that, here we go.

On repeated listens, I don’t like it as much as I liked Burn Your Fire For No Witness, but it’s really great to see Olsen’s development as an artist from that record to this one. The long songs “Sister” and “Woman” are amazing feats of musical prowess and the short, pop-centered songs like “Shut Up Kiss Me” and “Never Be Mine” are more punchy and satisfying than some of her previous singles. Overall a great growth from a heavy-hitter songwriter. You’ve likely already listened to this record countless times. 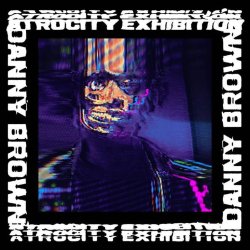 By and far one of the most unique MCs has created an album that perfectly matches his wild aesthetic. This thing is bonkers all the way through. It exists in an alternate dimension, like the upside-down of Stranger Things. It’s dark and completely messed up but resembles regular human life. It’s the underside of the fame and fortune from success and the “downward spiral” that is associated with that. A complete bounce back from his crowd-pleasing Old, but also makes sense as a logical progression. Totally crazy, totally worth your time. 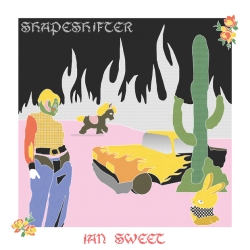 Woozy & wobbly, sweet & sour, bright & timid, brash & thoughtful. Not all of those things are opposites of one another, but they’re all things that IAN SWEET pack into their debut record. Am I really selling this album to you yet? SWEET embody many different parts of the indie rock spectrum, ranging from the 90s loud rock formula of Exploding In Sound bands, to the slacker rigamarole of Hardly Art bands, to the emo sections of a Run For Cover/Topshelf band. It’s a ton of great influences all on one record, all arranged perfectly. It’s great. Just listen to it. Especially “2soft2chew,” my favorite. 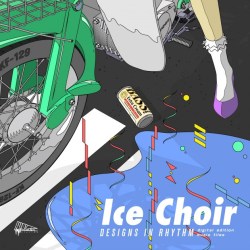 Do you like synths? Hey, I’m serious. Do you really like them? Well do I have something for you here, buddy. It’s Ice Choir’s Designs In Rhythm, the synthiest synth pop album I’ve listened to this year. That title is harshly contested with NZCA Lines’ Infinite Summer, but that battle is for another time. So many beautiful synth textures, such an overindulgent 80s pop formula, so immaculately crafted. There are some of the best choruses I’ve ever heard on this record. Just consult such wonders as “Windsurf,” “Comfortable” and “Unprepared.” This thing will get you up, moving and grooving. Sounds like walking through a fantasy shopping mall of the 80s with anime glitters floating around you and everything is perfect. Dip into the fantasy for a second and stop being so serious all the time, ya dummy.

Undoubtedly the record I listened to the most from September and also the most unexpected favorite of mine from this year. Hval’s record from last year, Apocalypse, girl, did not do it for me at all, so I wasn’t expecting much from this one. What I found here were elastic, infectious synth pop songs with an artful edge, with lead singles “Female Vampire” and “Conceptual Romance” racking up over 100 plays collectively from me over the month of September. Cutting down on the monologue moments from her last album, Hval puts together some of her most accessible material to date, which suits her gorgeous voice quite well, since she gets to legitimately use it more. An incredible album. What a wonder. 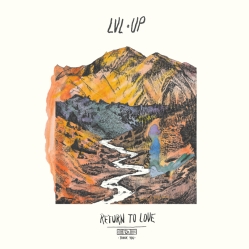 Even though LVL UP are newly signed to heavyweight Sub Pop, they didn’t let the new indie cred famousness go to their head with this record (I don’t actually think this would happen anyways). They’re still the same, reliable crunchy rock band with great, catchy songs that you can still picture being played in a basement somewhere in upstate New York. Always a good sign. Like the Angel Olsen record, the proof of artistic development is clear between records. Love this band! Don’t know what to say besides that! They’re as solid as a rock! Rock music, more like! Ok I have to stop now. Bye.

Wasn’t looking forward to this record at all, honestly. Well, I shouldn’t say it like that. Let’s just say that I was not anticipating liking it as much as I do. Merchandise’s 2014 record After The End was so boring it broke my heart. Could one of my favorite bands of this decade redeem themselves with a record full of killer riffs and swooning melodies? They freakin’ did. Can you believe it? The tracklist contains plenty of variety and isn’t just a mid-tempo waltz through the ego like the last one was. Synthesizer plays a big role on this record, with tracks like “Right Back To The Start,” “Shadow Of The Truth” and “My Dream Is Yours” adding a dimension to Merchandise tracks that was previously absent. At the end of the day, this was the swaggering and sulking record I’ve been waiting for from the band since 2012.

Like an actual body workout, Negative Gemini’s Body Work will leave you worn out in a euphoric, cooldown type of way. Existing in realms of ecstatic club dance music, ethereal dream pop and the many worlds in between, Body Work calls upon familiar tropes of the styles, like hectic rave jams and breaks, and puts them together in a way that sounds fresh and exciting in 2016. Think the new Jessy Lanza record, but it’s running on about 1 hour of sleep, three cans of energy drink and has been dancing in a warehouse for the last nine hours. The fact that that sounds cool and exciting in 2016 is pretty awesome. 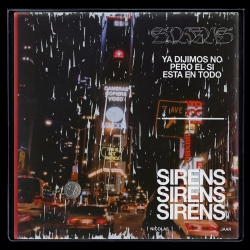 Jaar’s first full-length under his own name since 2011 is a winner, catching Jaar’s subtle ambient style traveling across musical frameworks effortlessly, while still maintaining a central identity for the album as a whole. It starts off unassuming enough with long opener “Killing Time,” (split up into three tracks “Mirrors,” “Killing Time” and “Sirens” on certain releases) which builds emotion through sounds of shattering glass accompanied by cascading piano similar to that of Radiohead’s A Moon-Shaped Pool. The album then quickly dips into outfits of Suicide-esque futuristic rockabilly dirges (“The Governor” & “Three Sides Of Nazareth), the Latin-flavored “No” and the old-time slow burner “History Lesson.” It’s a gloomy record that could be played at a retro diner from 50 years ago and a retro diner 50 years in the future.

Vesuvio Solo – Don’t Leave Me In The Dark (Banko Gotiti)

An album that snuck onto me in the waning days of the month, Montreal band Vesuvio Solo’s sophomore effort Don’t Leave Me In The Dark is actually a pretty great record to listen to in the dark, contrary to the name. Featuring a previous member of TOPS, Vesuvio Solo inhabit the same kind of smoky, sensual synth pop erogenous zone that TOPS do, with songs slithering their way through dimly lit, romantically nostalgic environments just to charm you. The record is a smooth transaction, taking the listener from one location to another with no pressure involved, only pleasure. A plush limousine ride, a boat tour through a river of champagne, a trolley through a tunnel of love.