March seemed to be a little lighter than January and February, but still kept 2016 on track to be another great, memorable year in my musical timeline. We saw a good amount of really great experimental electronic music from Amnesia Scanner & Mikael Seifu, an incredible collection of odds & ends from Kendrick Lamar, a nice balance of hard and light bangers with Baauer & The Range and a few more killer releases that will undoubtedly be on my top lists for the year. However, April has already been absolutely mind blowing in terms of quality, so let’s put the wraps on March now so April can fully strut its stuff. Here are my favorite releases from March 2016:

German duo Amnesia Scanner hooked me in 2015 with their Angels Rig Hook mix, a 14-minute odyssey of dystopian electronic music, utilizing fragments of pop music and stretching them to almost unrecognizable levels, creating an overwhelming feeling of unease. Next I heard them featured on one of my absolute favorite tracks of 2015, Holly Herndon’s “An Exit,” a frantic, stabbing piece of modern electronic music that capitalizes on the use of repetition and dynamics to enhance anxiety within the listener. These patterns re-emerge on their debut EP in a more cohesive fashion and is a must-listen for those seeking out the best experimental electronic music of 2016.

Aa is the electronic album I’ve been waiting for from artists like Rustie and Hudson Mohawke for the past three years now: great use of guest stars, a fair amount of memorable bangers and a good use of varied textures. But to be honest, there’s a fair amount of things I dislike about this album as well. I wish it were longer, that the songs ended more resolutely and that the last track of the album just was better.  But in the end, this album has Future on it, so there we go. Instant success. We’ve cracked the code.

Big Ups – Before A Million Universes – Exploding In Sound

This is the only record that has come out in the last year or so that’s related to “post-punk” and has got me really, really excited, thanks to Big Ups’ skillful display & control of their dynamic range. They make changing from a skin-rippling meltdown to a calm, cool, collected meditation look easy. It’s not just all one emotion sitting placid among some janky chords and rhythms; there are impressive highs and lows and swerves placed throughout the album to keep it interesting. Whispers evolving into shouts, slowly plodding guitar lines exploding into feedback soaked messes – it’s all here, and it’s all beautiful.

I mean, what else is there to say about Kendrick at this point? I feel like I say this every time I task myself to write something about King Kendrick because at this point all the bases have been covered. Well I’ll just say this: it’s not shocking to find out that his demos are good. Of course it’s a little surprising that they’re THIS good, but still. He’s proven time and time again that he’s one of the best artists in the world right now and he does it again here. 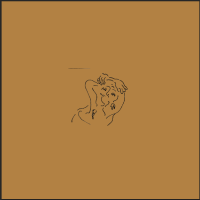 Perhaps the most low-key album on this list, Lionlimb have made a silent killer with their debut album, Shoo. It slips in under the guise of being another laid back indie rock record, but there’s more to it than that. There are absolutely monster hooks on almost every song, as well as an air of jazziness to the instrumentals & song structures, accentuated by flourishes of saxophone and organ. Even though the achievements may be downplayed due to the overall feeling of nonchalance, nothing can deny these grooves.

By and far one of the most interesting things I’ve listened to all year, Ethiopian musician Mikael Seifu takes the listener on a tour of the ethnographic background of his home country through the lens of a modern electronic composer. A backbone of native string, wind and percussion instruments are laid down and then spun into a trance-like spiral with various electronic structural elements, like subtle glitches, drones and vocal manipulations. There is more musical ground covered on this five-song EP than pretty much all of the other projects on this list, so with my few words on it now, I suggest you check it out for yourself. 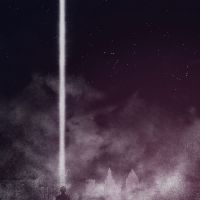 Electronic musician The Range, aka James Hinton,  made one of my favorite albums of 2013 with his debut, Nonfiction, an album with songs built around chopped up & repeated samples used as hooks and holy hell did it work magic on me. This magic returns once again with Potential, an album very similar in scope and sound, but that doesn’t bother me much. I think the reason I love Hinton’s songs so much is because of his excellent use of dynamics and flow. Dude knows how to build up a song and string it along to make a narrative by only using one main sample as the driving force. Pretty unbelievable something so simple can still be so effective if put into the right hands.

With their third 7″ in as many years, Philadelphia’s Sheer Mag continues to make themselves known as one of the best currently operating rock bands. The unbelievably catchy riffs that have been present on their previous material make another appearance, the great, emotive vocals are still there, and it’s still just four songs – enough to hold you over after two or three listens, but not enough to make you completely satisfied. If Sheer Mag keep this routine up, I won’t be too upset.

Advancement could easily pass for being a follow-up to Boards Of Canada’s Tomorrow’s Harvest. I reference Tomorrow’s Harvest specifically because it’s leaning more towards the synth pop/downtempo electronic side of the spectrum rather than the experimental/IDM side. Let’s look at what we have though: the vintage sounding synths, the slight feeling of unease and uncanny that permeates the textures, the great blend of atmospheric sounds within the upbeat songs – it’s a pretty good dummy. An excellent choice to chill the heck out to.

This delightful little album here is a wonderful little secret that I’m excited to share with people. Mi Wo is an experimental electronic pop album from Japan that expertly blends electronic and organic textures together to make a really interesting sonic palate. Songs here are nicely condensed into their own little worlds, utilizing subtly glitchy & bubbling electronics with a varying array of percussion to back it up – nothing too grand or expansive here. I actually had the perfect sensory accompaniment for the first time I listened to this album, a manga called Yokohama Kaidashi Kikou, which is set in a future where the ecology of the world has collapsed and nature has slowly taken over the Earth. It’s a slow-paced, very calming story of a robot girl who runs a coffee shop and watches her friends age and die while she retains the same, youthful appearance. The whole experience was a huge, memorable highlight of 2016 so far.