To begin the wonderful end of the year list period of 2015, I thought I’d shout out 15 EPs that really brightened up my time here on this planet in 2015. We’ve got a pretty wide dispersion of styles in this small sample of records – tropical dream pop, hyperactive electronic pop, stoner metal, bedroom folk, badass riffage and plenty more.

If you click an album name, it’ll direct you to its Spotify page or a Youtube/Bandcamp sample. Hope you find something that you might have missed or you give a record another chance – I seriously love all these and hope you check them all out!

This is the brightest return to the tropical, balearic electronic sound that I’ve heard of since groups like Air France, Delorean & Studio. The instrumentals are bright and bubbly, all soaked in a luxurious tropical vibe. The first two tracks have mostly unintelligible French-spoken vocals that fit perfectly within this lavish setup and it reminds me of Sun Araw’s Beach Head, in that it’s perfect hot tub music. It’s so easy going and so easy to listen to; perfect for driving around in small town Connecticut with the windows down. It made me feel like I was in some exotic location even though I was in the middle of nowhere, and to that, I give it a lot of credit. To rank it as my #1 EP of the year means a lot, especially judging the competition – check it out.

Sure, four of these six songs were previously released before this EP, but they’re really good songs. Sunflower Bean is a really young band I’m extremely excited to see develop over the years. This is some grade-A psychedelic rock here, with stellar hooks, moody grooves and nice & juicy guitar tones. They obviously wear their influences on their sleeves with a track named “Tame Impala,” which is pretty cool. Young bands are already becoming greatly influenced by Kevin Parker & co. Can’t really get better than this! 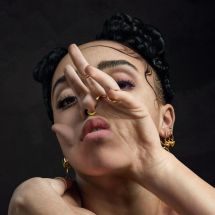 It’s been really fun watching FKA Twigs blossom into a 100% legit worldwide superstar over the past two years. The best part about it is that she’s kept her unique, mutated pop sound close while continuing to twist and morph her strange, yet appealing sound to keep everything fresh. With Twigs, you can clearly see and hear her musical development from the past two years – she’s always evolving & incorporating new folds into her sound, as evidenced here on M3LL155X. It’s definitely the most forward she’s been, vocally and creatively, with her voice at the forefront of most of the mix here while being backed by some badass instrumentals that vary in style between tracks. I love it from end to end and I can’t wait to see what she does on her next project, because we know it’s gonna be something new & exciting.

If I were to tell you that this four-song EP was about a sad, interdimensional worm that is bound to transport in and out of wormholes for the rest of their life, would you believe me? Well, looks like you have to, because that’s what it’s about. If you thought the story was bizarre, just wait until you listen to the music. It’s like the worm is taking us on a journey of every single microgenre of electronic music, dabbling in wonky, dubstep, drum n bass, hip hop, microhouse, vaporwave… there’s just so much going on. It puts the brightness and intensity of the collective heydays of Rustie and Hudson Mohawke together and pumps them up to an absurd level. It’s fun, it’s unique, it’s bright, it’s colorful and an overall hella good time. 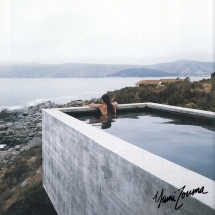 The New Zealand band Yumi Zouma timed the release of EP II perfectly to have a lasting impression on me in 2015. It came out in March, when the winter in central Connecticut seemed to be the new, eternal reality. I was listening to Mount Eerie’s Sauna almost everyday, since that was the only record fit for our newly minted icy hellscape. Well, lo and behold this cute little EP came out, bursting with sunshine and wouldn’t you know it? The sun started to come out more and the snow eventually melted away, making temperatures like 40 degrees Fahrenheit seem like the summer. It’s super smooth and groovy, packing in glinting sunlight in understated movements, rather than overpowering the listener with overbearing brilliance.

This is perhaps the only PC Music-affiliated project that I was fully wowed by that came out this year. There were some assorted singles and remixes that caught my ear, but Harle definitely took that signature PC Music sound up to the next level with this. Something about this EP brought the heat – the songs are super catchy, per usual PC Music fare, but here there’s just enough variation on the hyperactive cadence to make it exciting again. After Sophie gained a larger role in producing for bigger artists and the PC Music aesthetic started popping up everywhere, it’s reassuring that I can still get a sugar rush from Harle’s caffeinated surge.

Yung are a (cough) young Danish rock band that signed to Fat Possum midway through the year to release their second EP of 2015, These Thoughts Are Like Mandatory Chores. It’s pretty simple post-punk flavored rock with fierce, Iceage-like vocals, but something about it makes it stick out more than tons of other post punk records from this year. The lead single “Blue Uniforms” definitely helped it break out of the monotonous pack with its long length, which gives ample time to a driving bassline and a buzzsaw guitar solo to create an inescapable, stir-crazy atmosphere by the end.

I love the concept of this EP – Frankie Cosmos experimented with putting a synth pop outfit on the structure of her songs, turning her usually stripped-back bedroom pop tunes into dreamy, buoyant jams, much like the sound that Porches is going in, which makes sense because Aaron Maine, the leader of Porches helped produce & record this EP. You honestly can’t go wrong with Cosmos’ songwriting, so it’s no surprise that it fits cleanly into a synth pop casing. 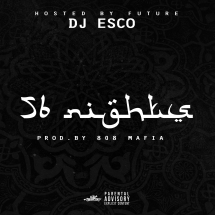 Yeah I’m not super sure if this 100% counts as an EP, but I really wanted to include this somewhere. Where DS2 was a bit bogged down by too many eh tracks, 56 Nights is more of a collection of what’s best from Future. Sure, he isn’t the best rapper on the planet and the song themes don’t really vary, but this is a concise portrait of what popular rap sounds like in 2015, mostly painted by the instrumentals. Stuff like the high-pitched siren sound effect featured in almost all of the songs here will be forever connected to 2015. Just wait until a few years from now when people are diving back to plunder instrumentals like this. 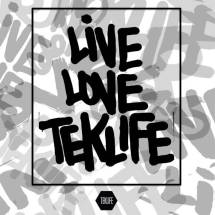 Some of the best footwork-type electronic music made in 2015 and who else would it be from than the Teklife crew. I’m a huge fan of the fact that there are more mellow songs on here, something I haven’t heard much of coming from the Teklife camp. Sure, there are the lightning quick bass hits typical of footwork, but the overall vibes of the tracks are a lot slower and more spaced out, save for two or three tracks near the end. It’s a cool mix of moody, atmospheric electronic and exciting, propulsive electronic. 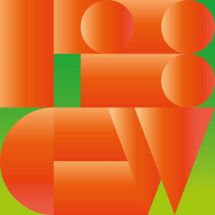 Freakin’ Panda Bear, am I right? It’s absolutely bonkers that he can put out an EP of glamorized outtakes and it’s still so good. It’s weird, though. If these songs were on PBvsGR I probably would have liked that album more? Who knows? Either way, these songs rule and I will never be unhappy about more Panda Bear songs, even though one of these songs just repeats the lyric “marijuana makes my day.” Cmon Pandy, stop pandering (Panda Bearing?) to your fanbase.

The only thing you need to know about Sheer Mag is that they’re making the riffs you need to breathe. You may have woken up in the morning and carried out your day as normal, but keeping the cogs moving is Sheer Mag, supplying the riffs that grease up the machine that we call life to make this inescapable nightmare manageable. Thick & chunky but at the same time sleek and ready to move. This rules. Give thanks.

It’s always good when music makes you nostalgic to better times, but at the same time it’s life-affirming and not completely choked with emotion for the past. With lyrical topics plucking from go-to childhood memories like family vacations and wading in backyard rivers, its easy to get wrapped up in Holdly like an old blanket. The gentle bedroom folk melodies will take care of you, trust me.

Slow-burning and brooding metal is my favorite type of metal, so pair that with syrupy, Chelsea Wolfe-like vocals and you’ve got a winning combination. These four songs are absolute behemoths, but more in the realm of sheer size, rather than strength. The songs aren’t going to get in your face to cause you huge amounts of pain, they’ll more likely be the vessel that drags you to your slow, eventual doom, which is why this kind of metal is my favorite.

Another addition from the PC Music collective to this list, it seems as though easyFun is one of the lesser known members of the group, even though they contributed some of the best additions to the PC Music hyper-pop collection on this EP. The songs fit into the PC catalog cleanly, all featuring ultra-high pitched and poppy vocals & sparkling melodies, all with a creeping sense of unease buried not quite six feet underneath the mix. Much like the Danny L Harle, there are some glistening, propulsive electronic pop tracks on here that will surely be stuck in your head for a week at least.

One negative note: my most anticipated EP of the year was Kelela’s Hallucinogen, but that ended up being one of the most disappointing releases of the year for me. The first two singles, “A Message” and “Rewind” are two of my top favorite songs of the year and “Gomenasai” is real slick, but the second half of the EP just feels lazy & rushed, which is interesting because the release was delayed by a few months. What gets me the most, though, is the lift of part of Arca’s &&&&& for the title track and turning it into a meandering, mess of a song that squanders Arca’s legendary craft. There’s a good chance “A Message” will be my favorite track of the year, but the rest of it I’ll unfortunately have to forget.

Lots of different styles of electronic on this list along with those that didn’t make the cut. There are two PC Music projects, footwork from DJ Earl, downtempo, bassy meditations from Shigeto, way leftfield techno from Laurel Halo, ultra hype blasts from Wave Racer & groovy house of Octo Octa. Pretty great year for electronic and I barely scratched the surface of all the crazy stuff that came out this year.