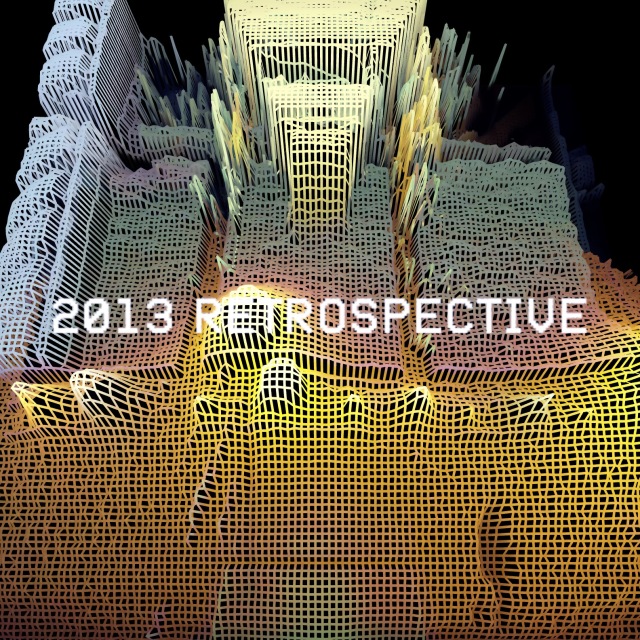 After many, many months, I’ve finally wrapped up my Retrospective series for the 2010s. By Retrospective, I mean collecting 100 songs that essential were the soundtrack to the year as it happened to me. Songs that I listen to and immediately a memory or two from that period of time comes flooding back.

In the case of 2013, it was a real year of “growing up”. I got my first smartphone, I moved out of the dorms, I got my first “real” jobs (at my college radio station + archival library), I celebrated one year of my relationship, and my taste continued to balloon. The header photo I make for each one ideally is made from pictures I took from that year. I found that I either didn’t take many pictures in 2013, or I’ve deleted most of them. Instead, it’s made from a shot in the stacks of the archive library, a shot out the window of Bug House, and a cool picture I took on a foggy day on campus. Then I put it into a grid, because 2013 was also the year I discovered the app that I use to make all the art for the blog. Eight years of using this dang app! Crazy!

You can see the full suite of Retrospective posts HERE.

Listen along to the full playlist HERE.