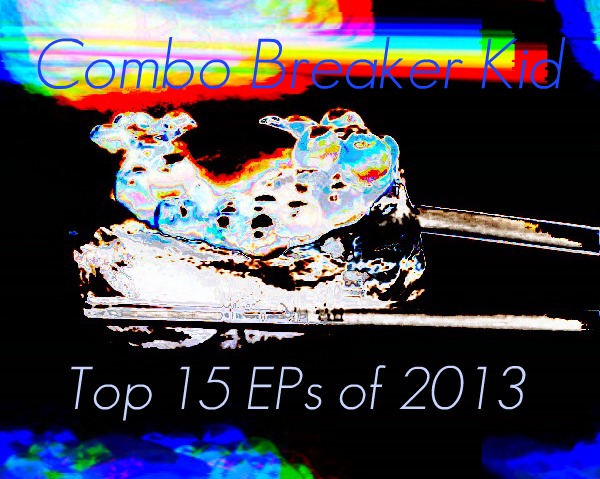 One could say that making a list of 15 EPs that came out this year is like saying “these are the 15 EPs that I listened to this year, ranked in such a way that doesn’t mean anything.” Well perhaps, but remember this: this year, 2013, was such a good year in music, that this list is STACKED with great projects, regardless of ranking. All of these EPs I wanted to include in the last few weeks of the year to hopefully introduce some folk to some wonderful, tiny works. 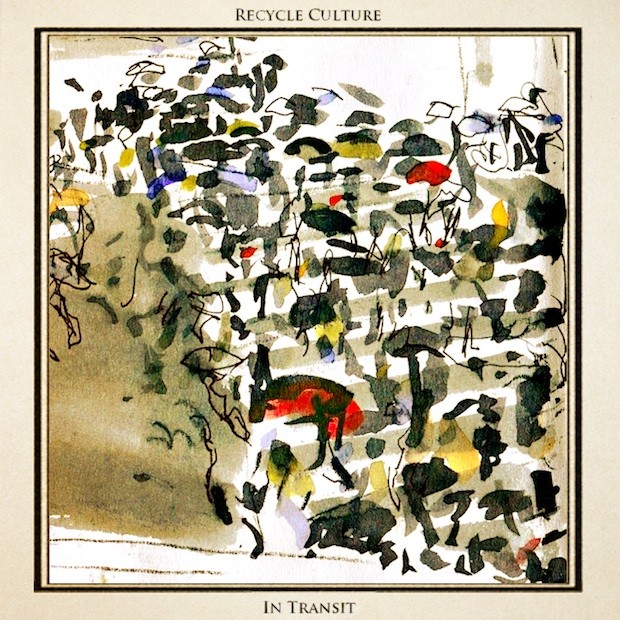 Cloudy, ambient, tracks with a great smoky ambiance to them that reminds me of Spirited Away. It helps that there are wafts of piano that drift into the haven of bliss, along with some guitar and found sounds. This EP is mostly beat driven, though, even for its ambient nature. Strains of cloud rap instrumentals lurk in this fog, echoing misty handclaps and lurching bass off of the floating grooves laid down by the synth. This dude put out some other EPs this year that are equally as good. Check em out.

Wonky, bass music, post-dubstep, future garage, you name it, it’s probably this. This thing is super Flying Lotus like, tracks sounding like cuts during the Until the Quiet Comes sessions, full of snappy, beat driven music with elements of jazz woven into the bassy framework. It still has its own personal sound, but think of Rustie and Ryan Hemsworth fathering a child with FlyLo as the cool, influential uncle. 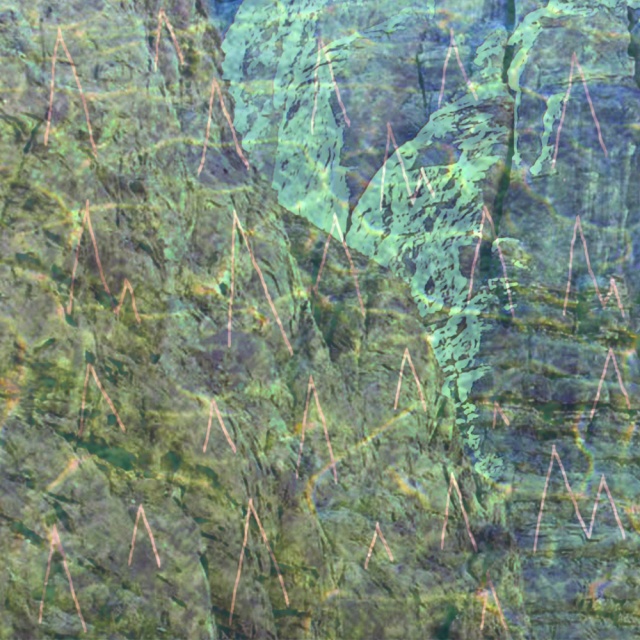 2013 was the year of getting into emo, pop punk, and “lo-fi because that’s what they can afford not just an aesthetic” and I’m pretty pleased with that. The songs are simple, sweet, and short, making repeated listens a breeze. This take on pop punk is familiar, but executed wonderfully. The bright guitars and adorable vocals on this caught my attention at first, but the hooky song structures really, well, GOT ME. 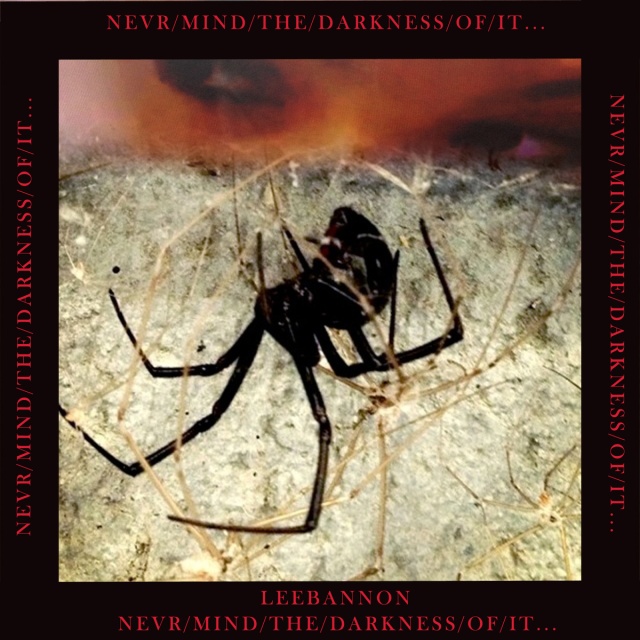 I feel like when I listen to this EP, it places me into some sort of chasm or catacomb filled with ghosts of hip hop and RnB. Why? This entire thing is dark and pulsing, oozing all over the place. But the ghosts come in through all the muted samples cascading across the trap(?)/cloud rap(?) type beats. None of the vocal samples really come to the forefront, they all just add an instrumental layer, but for the most part you can’t understand what they’re saying, you just pick up the urgent emotion. The darkness transports to the catacombs, the samples haunt them. 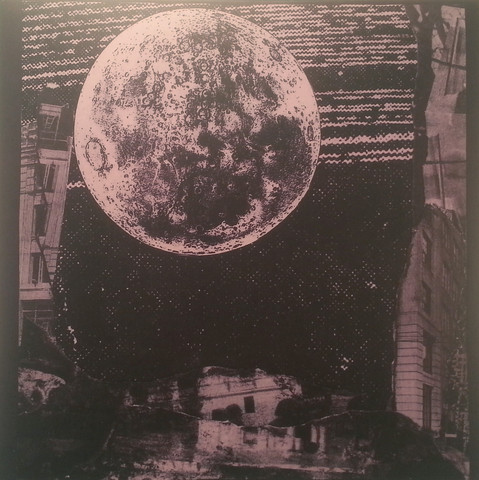 The Record Store Day exclusive EP by the San Franciscan garage punks fits right into their fantastic catalog. This EP in particular feels more Halloween themed, for some reason. Perhaps it could be because of the first track, “Grown In A Graveyard,” which has a off kilter beat that reminds me of a dance team on “America’s Best Dance Crew” comprised of only skeletons and goblins. They do the same dance every week. They end up in third place on the show. But anyways, the other highlight on this EP is the last track, “Candy Clock,” which sounds like it takes place in a fantasy land, featuring plucked strings, harpsichord, goblin-like guitar and an overall jolly melody. The band continues to impress, even with small projects like this.

10. Laurel Halo – Behind the Green Door 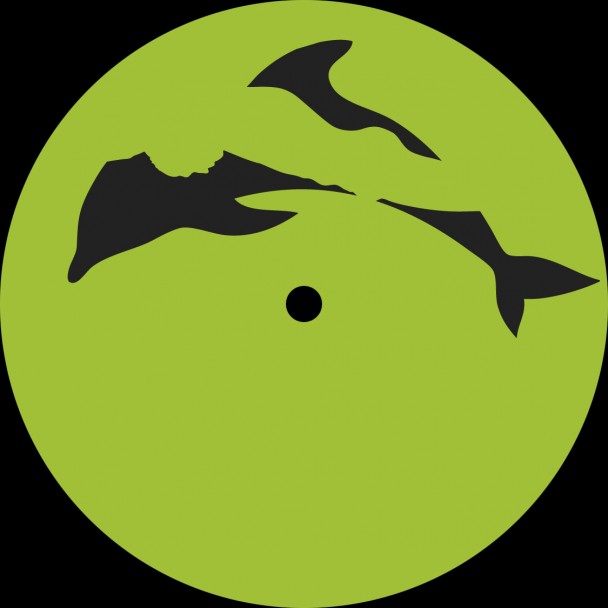 I was pretty disappointed when I first listened to this EP, after listening to Laurel Halo’s previous projects “Quarantine” and “King Felix EP” all summer. To find that Halo’s signature vocals weren’t at all featured was a bit heartbreaking, but after getting over that, I found that they would have been totally unnecessary. Halo trades in her vocals to allow her to experiment more with sounds and rhythms that would be a hostile environment for any organic, human-bred creation. This is harsh, retro leaning techno and deep house. Disjointed, weird, and unforgiving.

I’m not actually sure this got a full release or this was just for me at the radio station, since the last.fm page for this project is just the single “Dark & Stormy.” Nevertheless, this thing is here for the remixes. The other new Hot Chip songs on here are alright, but the remixes by Sasha, Todd Terje, and Daphni (Dan Snaith of Caribou) are absolutely killer. The three of them take songs from HC’s previous album “In Our Heads” and stretches them out to nine minutes, making them into legit dance floor burners. Sasha’s manipulation is probably the most club-friendly, with a constant thumping beat and Alexis Taylor’s vocals looped in and out, he takes “Flutes” to another level. Todd Terje’s remix of “How Do You Do” is classic Terje, throwing in bright, bright synth textures that evoke whatever Ibiza is to outsiders, and the Daphni remix messes with you a bit with some fake outs, but it feels so good.

Even as a shoegaze/wall of gauzy guitars/pastel-like shades of sadness put through by distorted as hell guitars, sometimes it can get a bit dull. But when bands amp up the volume and incorporate different styles of music into their songs, that’s where it gets interesting. Whirr’s great EP Around is loud as hell, overwhelming the senses with distortion but at the same time wrapping up the listener with smooth, silky textures put forth through the vocals. It all feels like a dream. 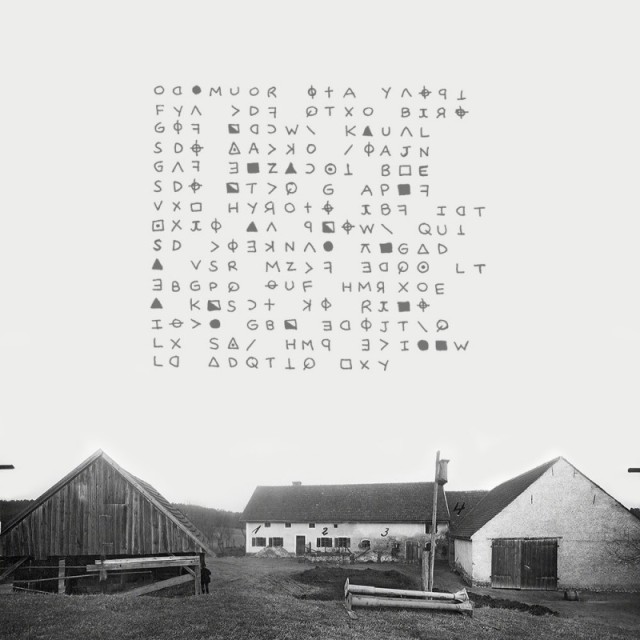 To give a bit of exposition on the title of this EP, Hinterkaifeck is the name of a remote farmstead in Germany that was the location of a gruesome massacre in the 1920s. The family that lived there were the victims, all killed with a pick-axe type instrument. The crime has never been solved, since the actual murders occurred days before they were discovered and that ways of collecting evidence were very primitive in rural Germany in the 20s. For any other musician, this might be a daunting subject to cover, but for Giles Corey, AKA Dan Barrett of Have a Nice Life fame, this is a walk in the park. The three songs featured are saturated with blackness, even though they’re minimal at the core. Mostly comprised of Dan’s voice, his guitar, and drum machine, the overwhelming feelings of dread put through by the lo-fi recording quality makes this EP one of the darkest projects you’ll hear all year. 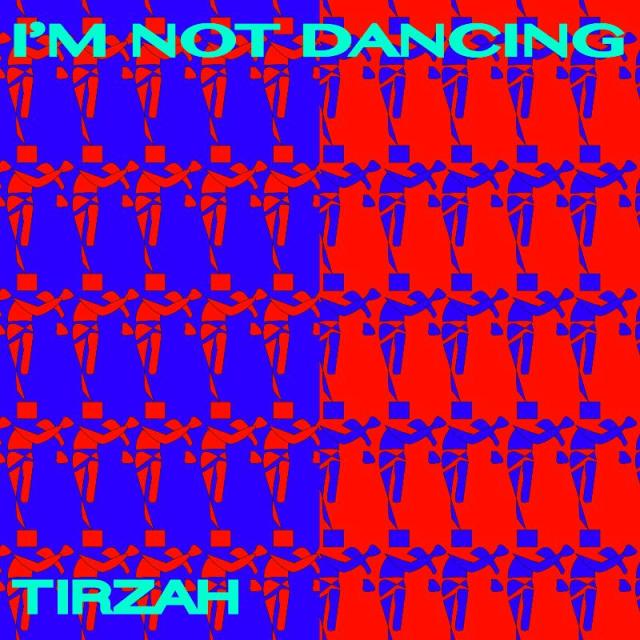 Report: if Tirzah doesn’t blow up completely in the blogosphere in the next year, I will be reasonably upset. This four-song EP is a brilliant collection of experimental electronic-leaning pop tracks, produced by Micachu of Micachu and the Shapes. Her voice is warm and fits in perfectly with the understated, soulful female singers mold and the instrumentals remind me of Arca, in a way, because of their unpredictability. Different sound effects pop in in different channels, and there seems to be a delay in one of my ears on the instrumental on one song, which is really dizzying. The star track is “Inside Out” which has the most infectious beat that is probably the most accessible weird thing that any normal listener could handle, because Tirzah’s voice is so familiar to those who listen to neu-RnB. 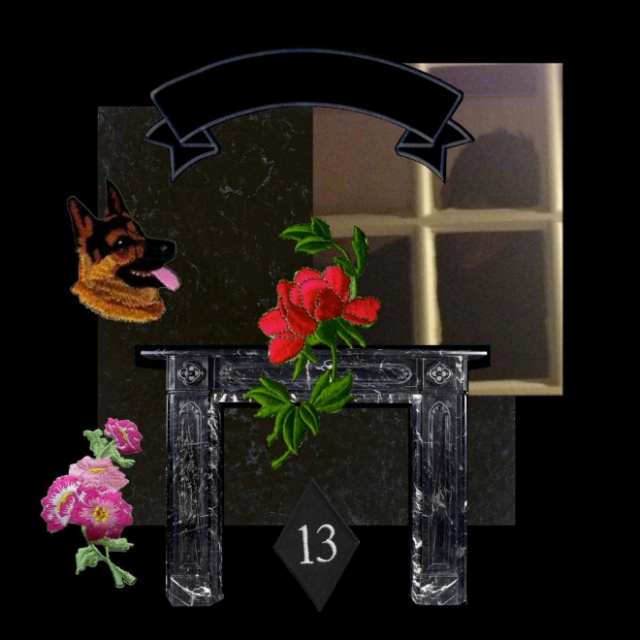 To be honest, this EP is in this high position because of the song “Later,” one of my favorite tracks of the year. “Later” is a piece of experimental electronic gold, featuring a wicked vocal sample that totally rips the track apart. The clicking instrumental locks in with the sample so well and it easily entertains for the six minute length. The rest of this EP is a bit smoother, featuring How to Dress Well on vocals for the track “Don’t Say No” which is a sensual, moody track that could easily fit in to the How To Dress Well catalog as well. It’s a bit cloud rap, a bit abstract, a bit downtempo, a bit jazzy, but totally sexy. Hell yeah. 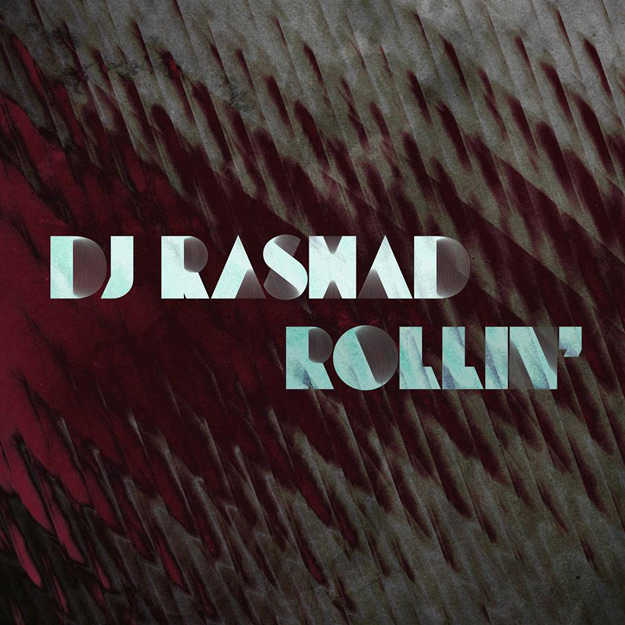 Footwork pioneer and legend DJ Rashad basically owned 2013, releasing two fantastic EPs, one genre-bending full length album, and a world tour, spreading the gospel of footwork across the globe. If you’re unfamiliar with footwork, it’s the biggest dance movement of the underground at the moment. It originated in Chicago, the location of many revolutionary forms of techno and house music, and focuses on quick, hyper-rhythmic beats with soul samples woven into the mix. This brief synopsis of an entire electronic subgenre is inadequate, however. To really experience footwork, one just has to dive in. This EP is definitely Rashad’s best of the two, combining other forms of dance music like jungle and Hyperdub style two step. I can’t wait to hear more from this dude as his sound develops to even bigger heights.

My friend who plays in a few bands told me about this group, saying that “they’re the first chiptune oriented band that didn’t make me want to kill myself.” As a general proponent of chiptune, I didn’t really understand what he was saying, but after listening to this I totally got it. This group has it all: pop punk hooks played through guitar AND Gameboy?? And cute vocals? Hold up, there’s a song about going to a bodega to get snacks? Game over, man. This EP ensnared me for about two months after my friend recommended it to me and still has that ability. If your brain was a set of cartoon teeth, this album would be like a jackhammer made out of nougat hammering at your sweet tooth. The chemistry behind this project is undeniable, let’s hope that they continue to put out more quality stuff.

The artist formerly known as Twigs better have an astounding year in 2014. Her first EP, titled EP1, tickled the senses of what she was capable of in the chilly RnB world. EP2, on the other hand, gave the world a slice of dark, sexy, trip-hop influenced of pop/Rnb that we never even knew we needed. Thanks to the fantastic producer Arca, who will be brought up in the next spot, Twigs’ vocals have a dungeon to work their way around in, complete with hidden traps and black magic. It’s so sensual and dark at the same time, innocent yet devilish, I haven’t been able to stop listening to this thing for the life of me.

I don’t really know if this counts as an EP in the internet books, but I needed to place this thing at the top of some list. I didn’t listen to enough mixtapes to do a mixtape list, and it certainly isn’t an album, so “weh” I put it at the top of this one. If I was giving out awards for first place and didn’t include this, Arca still would have been involved with the would be winner, FKA Twigs.

But anyways, this is potentially the top listened to project this year for me, mostly because I got the split-track version of it, so I can narrow down my favorite moments in this 25-minute excursion. After getting his name in lights on the Yeezus production credits, Arca puts this out: a strange, abstract, genre hopping slap to the face that effortlessly shapeshifts into shadows thrown by different forms of electronic music. The whole thing flows from one idea to the next so easily making one cohesive whole, but there are definitely some brighter moments on here like the pianos in “Century,” the overwhelming bass in “Knot,” the warped vocal loops in “Feminine” and “Pinch” and of course the closer, “Obelisk,” slowing the whole thing down and leaving the project on an unexpectedly harmonious note.

If you were to listen to any of the projects in this list, I would wholeheartedly recommend this one. It’s one of the most original, thought provoking, and ear-pleasing things I’ve heard all year and I can’t wait to hear what this dude has in store for 2014.