Here We Go Magic – Hands in the Sky

Explosions in the Sky – Trembling Hands

*Tim Hecker – In the Air III

*Cults – You Know What I Mean

Colin Stetson – In Love and Justice

(Not the song, but this is what we’re dealing with here)

The Jet Age of Tomorrow – Wonderland

*The Weeknd – What You Need/House of Balloons Mixtape

Tim Hecker welds a soundscape of metallic sounds and haunting but beautiful tones and chords that sounds like it’s out of a person’s mind after looking at an old college yearbook. The yearbook description is fitting, due to the fact that there are allusions to MIT and other Ivy League brain-boilers in the videos.  Some songs are edgy like standout “The Piano Drop” which features static-filled dissonance that is a lot more energetic than his other tracks. The “In the Air” trilogy fits the beautiful but haunting description, drawing a scene of a cloudy day on a Japanese plain; everything is gray, the clouds are moving over the grassy hilltops and there is an abandoned Japanese castle in the distance – crumbing over the years of decay and weathering.

This intense imagery that I’ve created from this trilogy is mostly because that the music sounds like the music from a game called “Shadow of the Colossus” for Playstation 2. Colossus is one of my favorite games of all time and I’ve wanted the soundtrack to it as well, but I have never been able to find it. Thankfully, this fills the void quite well.

Another thing this reminds me of is Emeralds’ “Does It Look Like I’m Here?” from last year. This is similar because of the whole album being instrumental, but the two are different on many degrees. Ravedeath contains many more elements that create a more human-like sound instead of Emeralds where it sounds like robot dreams. This sounds more like human dreams, but with a dark, uneasy twist.

Back to the album: this space of an album is full of nostalgic, melancholic and unsettling moments that evoke past memories of a tumultuous period of change or stress. But this stress isn’t ugly, it contains a different sense of beauty; a sense that isn’t totally available at first glance. You have to get to know the album before actually seeing its inner beauty. This artist is rejecting the popular music being created right now and is responding by crafting his own breed of ambient, underhand pop that contains beauty on the inside and out. 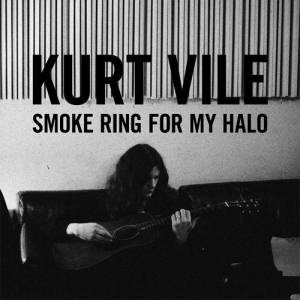 Kurt Vile has been shuffling up buzz dust for a few years now and he has certainly deserved it. He has been bringing back roots from classic rock and mixing them with modern recording methods like the lo-fi sound and the occasional electronic part. This album’s sound fully dates back to some 70’s groove where the music was fine and acoustic guitars didn’t make you look like an attention deprived loser who wanted a girl before 2012 came rolling around, if that’s your thing. Vile is extremely skilled in the ways of the guitar and again like Ravedeath, it’s not an in-your-face type of deal where there are over the top guitar solos, but homey guitar blues that would sound great in a log cabin on any type of day. Bob Ross hanging out with you probably would be a good idea too. If you don’t know who Bob Ross is, look him up now.

This is a great refreshment in the music stream lately and is totally different from a bunch of stuff that is coming out now. Vile just brings it back, probably smokes a bit and creates a chill, laid back record that leaves listeners relaxed in a state of pleasant blissfulness. Really is worth listening to when all of the music coming out is all upbeat crowd chargers, this music makes you sit back and ponder over some skillful acoustic guitar and droning vocals.

The Dodos – No Color 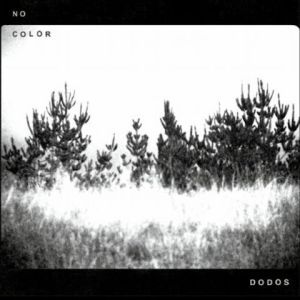 I had known about The Dodos for awhile before this release, but never really listened to their music. After being recommended their fantastic 2008 album “Visiter” from every electronic music collection analyzer out there, I decided to check it out and I’m really glad I did. Their style embodies a side of energetic indie folk rock, with happy guitars and explosive percussion, peppered with the occasional harmony. Good stuff. This album is like Visiter, only taking a more “rock” approach to their formula. There are more electric guitars and booming percussion and that makes it lose a bit of it’s nerves along the way. That’s not to say that this album isn’t controlled, just it doesn’t have the total effect Visiter had on audiences.

This album is still really energetic for the most part and I enjoyed pretty much all of it. Some of the songs sort of run together at some points, but some of the stand outs really shine alone. One thing this reminds me of from last is Local Natives’ debut album, in terms of vitality and percussion, but I personally like Local Natives a bit more. This is good, because there hasn’t been much good music like this released this year unlike last year, where it was abundant.  I’d pick this up if you’re a fan of “Visiter” or indie rock/indie folk rock in general. You definitely won’t be disappointed.

Black Night, Going Under, When Will You Go, Don’t Stop 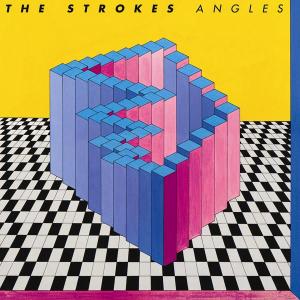 Ahh yes, The Strokes are back.

After a long hiatus, the New York band returns, guns ablaze. More like guitars, but you know what I mean. The Strokes are definitely back in terms of sound on their album, but they definitely have woven in a new modern feel to it while retaining their throwback 70’s sound.

After listening to this album for the first time, I was absolutely delighted with what I heard. I liked every single track and I was feeling good, which was strange since it was finals week and I usually feel extremely stressed, no matter what’s playing on the speakers. The second time I listened, it solidified great tracks and started to filter out some of the possible filler. From all of the listens on, there are some tracks that I for-certain would skip, just because there would be more exciting tracks coming up or they were obvious fodder for the frothing hipster music fan. Not I, said Mr. Breaker, not I. I saw through these phony tracks and left them in the dust.

Okay, that might sound a little harsh, but that doesn’t mean I’ll not listen to them. Also this band has received almost universal positive praise; it wouldn’t hurt if someone besides Pitchfork brought them down. Nonetheless, this album has it’s brilliant spots that power through some of the somewhat drab parts in the middle, but they’re all really entertaining and will keep you smiling while you drive;  even if some loser cuts you off. I’d pick it up if you’re a fan of The Strokes or if you want to hear some great, energetic indie rock that doesn’t pull punches.

Machu Picchu, Under Cover of Darkness, Two Kinds of Happiness, Games, Metabolism, Life Is Simple in the Moonlight