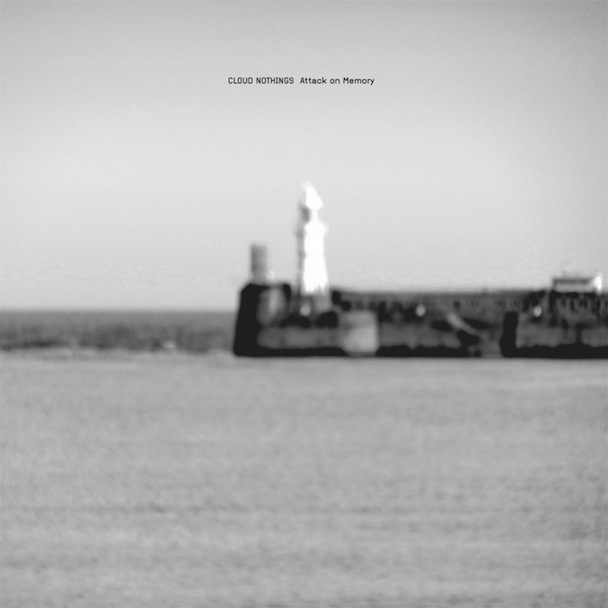 Well, this is the first album review that I’m posting on Combo Breaker Kid of 2012 and it’s a GOOD ONE.

Cloud Nothings have been known to create fuzzy, simple pop songs with catchy hooks and laid back vibes. Dylan Baldi was sick of this simple song format and decided to write some emotionally dense music with sharper edges and a more aggressive attempt to make a “music album” to quote Baldi in his interview with Pitchfork. The band enlisted punk legend Steve Albini (Big Black, Shellac) to help produce the record, although apparently he didn’t do much with it, according to that same Pitchfork interview.

Nevertheless, this album blew me away the first time I listened to it. Actually, it blows me away every time I listen to it. The first song is a trip in itself: “No Future/No Past” starts off with a minimal piano line that slowly crashes into a huge, powerful, screaming fit. This first song really cements the band’s new sound and their goals they want to put across to their listeners.

The second song, “Wasted Days” starts off with a sweet guitar riff that evokes the band’s music inspirations like Sunny Day Real Estate or other “emo” bands from the 90’s. It’s catchy like their previous songs, but it actually holds a substantial amount of weight, instead of the floating pop songs that they crafted previously. Then there’s a long instrumental break that doesn’t seem forced or out of place at all, because it’s just a smokescreen for a gigantic, chaotic buildup that ends with Baldi screaming his lungs out with “I thought I would be more than this.” Powerful stuff.

Other standouts include the purely instrumental track “Separation” which is one of the more invigorating tracks on the record, featuring some extremely skilled tune-writing work by the band; “Stay Useless,” probably the poppiest track on the album but that still holds the aggressive edge that the album had going; and “Cut You” which has pretty emo-like lyrics and features a nice fusion of the cool punk sound with a pop feel.

This album really will stick with you after the first listen and I would not doubt that it will appear in the Top 50 of 2012.

Have a fantastic day!