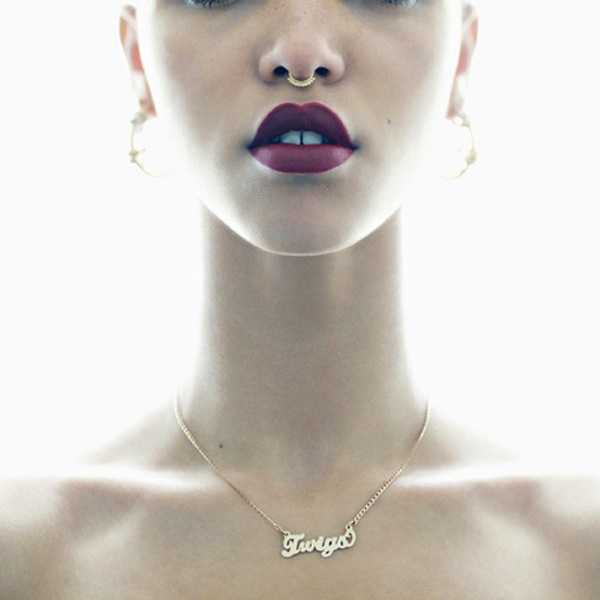 Yo if you call this chick the new Grimes I’m gonna get rid of ya.

So normally I would be featuring just individual songs on here that have been driving me wild, but this whole EP is bonkers.

I haven’t really posted on here for a while, especially not about newer stuff, but something I’ve been digging on a whole lot lately is FKA Twigs’ “EP2.” The entire thing is dripping with darkness and sex, put forth by Twigs’ melting vocals, the woozy instrumentals by up-and-coming producer Arca, and especially the lyrics. But getting back to Arca; if you don’t know this dude’s music yet, get attuned to it. His biggest breakthrough this year was being credited as a co-producer on Kanye West’s new album “Yeezus,” and his signature prod. style definitely mirrors that. It’s ominous, dark, a bit glitchy, and reminds me a bit of Clams Casino, in a cloud-rap sort of way. He also released a mix called “&&&&&” earlier this year, which is like if someone took a bunch of hip-hop instrumentals and ambient electronic pieces, tore them up, and created a semi-cohesive collage of their parts into a new whole. It’s a bit jarring on the first listen, but the deep bass and unique styles of instrumentation might win you over.

If I were to harken any comparisons to this EP, it might be trip-hop artists like Portishead and Massive Attack, but for the tumblr generation. Check out “How’s That” from EP2 and the “&&&&&” mix below. Have a good day.