RADICAL TRACKS – A LOT OF THEM!

(I NEED TO UPDATE MORE!)

PJ Harvey – Written on the Forehead

The Strokes – Under Cover of Darkness

(A bit old)Zoo Kid – Out Getting Ribs

This band’s debut album channels all that was good in the 90’s lo-fi rock scene and spins their own unique, modern sound into the record that ultimately gives the listener a joyous, rockin’ experience. This is a really refreshing record especially for this year in particular just because is seems like a lot of the bands or artists coming out now rely heavily on poppy keyboard and synth mechanics to get the point across, while these guys are staying true to a great, rock formula.

I recommend it to those who don’t want to hear another 80’s groove over a high vocal part (okay, I like those, but not all the time, every time.) that came out this year. Also those who enjoy 90’s indie rock.

Get Away (Named Radical!), The Wall, Suicide Policeman, Operation, Rubber

The siren returns with one of her strongest albums yet with supreme songwriting ability and makes use of the sounds of strange musical instruments like an autoharp and other percussion that creates a warm, comfortable place within the soundscapes. However, this peace is broken by Harvey’s unique vocal style and lyrics, which cause unease in the listener, which is nice, to say the least. Harvey also takes many other musical genres or influences like Caribbean and Cajun music and weaves them into her songs, making a delightful quilt of different sounds and textures.

Like Yuck’s debut album I reviewed above, this is a great break from all of the electronic stuff that has been coming out recently paired to the fact that this is the legendary PJ Harvey, so you can’t go wrong with anything that she does.

Let England Shake, The Last Living Rose, The Words that Maketh Murder, Written on the Forehead

Radiohead – The King of Limbs

…Pretty polarizing. For this album I was not preditcing what it would sound like, due to their shifting nature. What it turned out as is another album that has the same kind of sound as In Rainbows mixed with Amnesiac, but it’s more icy and a little hard to grasp. Sure, it’s a great album, don’t get me wrong, but it did take a few listens for the overall sound and development to fully sink in. That might be my only complaint for this album, that and it’s length, but the rest of it is classic Radiohead.

Also this is definitely a headphones record, meaning that you should listen to the music on some awesome headphones and not speakers. This is to fully immerse yourself in the frigid, robotic landscapes that Radiohead creates.  Yorke’s vocals are great as usual on the album and all of the instrumentation is extremely skillful, ranging from percussion to string arrangements.

One reason this album sticks out from the rest that have come out this year is because of it’s ability to paint extremely vivid pictures in your mind. Maybe it’s just me, but I have to paint a picture or a movie to whatever the music is going along to just to attach myself to the music even more. This album clearly delivers and while they might not be fully thought out screenplays, they are some brilliant blends of colors and energy. Definitely addictive.

This album is definitely recommended to Radiohead fans or to fans of music that want a auditory/visual experience that is very unique. For people who have not heard Radiohead before, I would not recommend this album mostly because this does not capture their entire sound to do justice. You probably have to listen to their collective works to actually “get” it. Not to sound snobbish, or anything! 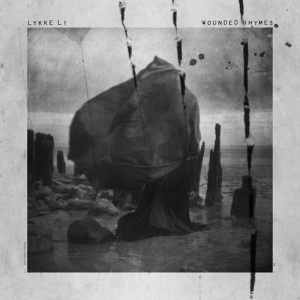 The Swedish songstress returns edgier and more influenced by other country’s musical sound, like PJ Harvey’s new album. The album explodes in with “Youth Knows No Pain” which I instantly loved the second I heard it. Li creates a giant space filled with tons of tribal percussion and her excellent vocals. This album is sort of a departure from her debut album, Youth Novels, in the sense that it is more percussion driven and less, I think the best word to use here is sensitive, instead of vocally driven. Not to say that this album isn’t strong on vocals, which it definitely is. Her voice has matured some since the debut and it fits with the material she’s singing.

This album is extremely bold with all of it’s great percussion and Li’s great vocals. This was my first taste of Li when I heard “I Follow Rivers”, so I like this more than her debut album, which shows how different they are. But I really like this album, its pumps me up in a way that doesn’t have to use silly dance club beats, but inspiring music that really drives.

If you don’t get the entire album, get the recommended tracks. Do yourself a favor.

Youth Knows No Pain, I Follow Rivers, Love Out of Lust, Unrequited Love, Get Some, Rich Kid Blues, I Know Places

PHEW! That was a lot of music! I hope that you all will at least check some of this out, I didn’t write all this stuff for nothing! Have a good day!